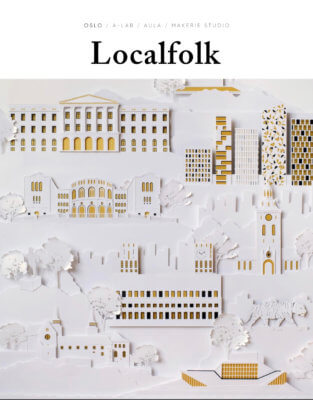 A visual artist specialising in paintings, drawings, and graphical works, Gro Mukta Holter is proud to have built her art career through her own hard work. Her work is characterised by a strong colour palette which draws upon eastern textile traditions and visual patterns inspired by Japanese wood carvings from the 1700s.

There is no doubt in Gro Mukta Holter’s mind that her background influenced her development as an artist and individual. The visual artist was born in Bangladesh in 1976, at a time when the country was recovering from war. Abandoned as a new-born baby, Gro spent the first year of her life at a children’s home, before she was adopted by a Norwegian couple from Tønsberg—along with an older sister adopted from Korea.

“In the seventies and eighties, everyone around us was a white Norwegian, my parents were atheists and vegetarians, and the result was that I developed this feeling of being different at a very early age,” Gro explains.

This feeling of difference contributed to her early interest in art—and she later decided to combine this passion with her curiosity about biology, identity, and interpersonal relations. “I am an inherently curious person, and I love to explore the possibilities of each painting, to see how I can create a contemporary  poetic expression,” she says.

In a sense, Gro tells us, art became a way to cope with life’s challenges. Specifically, it was a way to support and bring joy to her mother, who suffered from illness for over twenty years. For Gro it was almost an obsession to cheer her mother up—and as a result she developed into an incredible force of artistic creativity, making clothes and jewellery, designing handbags, drawing, and painting. “I never stopped, and I can still tap into that drive inside of me, even now, eighteen years after her death,” Gro says.

Gro’s work soon gained the attention of others. By the age of fourteen, she had sold her first painting. Then, at sixteen, Gro left home, to go to Oslo to become an artist. Two weeks before handing in her master’s thesis in 2004, her mother died, and her work as an arts student was strongly influenced by themes of mortality and pain.

Gro has stayed true to her dream ever since—yet her thematic concerns have developed. Gro’s art is now largely focused on nature and life cycles, while the motifs that appear in her work are often sensations from dreams that manifest themselves on the canvas. “In a way, I am focused on science and how the brain works, and I aim to create something that has a meaning beyond itself, beyond the visual image,» she explains.

Yet, she underlines that her art is political. She wants to highlight the weak and vulnerable, the child, the new-born, the complex but beautiful love, the painful longing, the fear of death. As a result, Gro’s paintings touch people deeply, and she tells us often people cry when they see her work.

“I could work full-time just responding to the messages I receive about how my paintings make people feel,” Gro tells us. “Somehow my art seems to open a door to another emotional layer—and complete strangers suddenly tell me their life stories, secrets and aspirations, just like that.”

Gro tells us how humbled she is by these reactions. In fact, it has helped her realise that we are all individuals that cannot completely understand ourselves. It’s a realisation that has become Gro’s most important source of inspiration.

Having worked full-time as an artist now for over a decade, Gro’s advice to aspiring painters is to love your work and follow your intuition and inspiration. “Being an artist may look like a relaxed life from the outside—late mornings and grandiose vernissages—but the reality is only hard work and high financial risk in the beginning,” she explains. 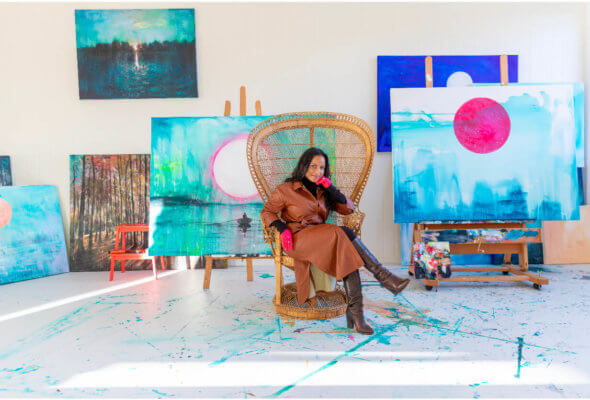 But Gro is a shining example that hard work pays off. Having built her business from scratch, she now sells all the work she produces—and there are long waiting lists for commissions.

“In the arts world, tradition has sort of dictated that artists should be humble and grateful to be accepted at some galleries. I’ve always thought that to be completely wrong! Why should someone else earn more than me on my ideas and works that I have created?”

Instead, as an artist and entrepreneur, Gro wants to fully own her own ideas. To this end, she learned how to build her own website early in the noughties—at a time when few Norwegian artists used digital platforms to showcase their work. For Gro, this meant that she could display her art to a wide audience, and she still remembers the feeling when she first shipped art to customers in other parts of the world.

Yet, Gro is quick to mention that for the past few years she has had help from Elsa Einarsdottir, an employee with extensive experience in the art industry. Elsa manages several hundred of Gro’s paintings at over forty galleries across Norway. “Many people still want to believe that being an artist is living a Bohemian lifestyle, with red wine and late evenings. We’re actually out there generating jobs and creating considerable economic value for society.” 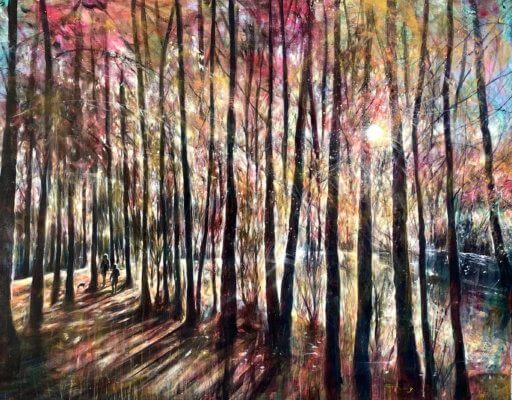 Gro is fully booked for the next few years and she’s currently working on an exciting book project. In addition, her painting “I row to you” will be used as the cover illustration on Ketil Bjørnstads new poetry book, Båten på fjorden.

“I was really happy when he contacted me,” Gro says, “because the first CD I ever bought was Kari Bremnes singing poetry by Edvard Munch, with music by Ketil Bjørnstad.” Little did she know when sat in her room back home, listening to the music and losing herself in a world of painting, that her art would one day be an inspiration for others too.